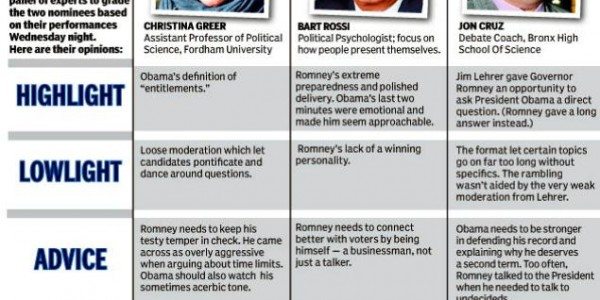 2012 Presidential Debate; Round One

Weighing in on the debate: ‘Political Psychologist’ Doctor Bart Rossi regularly contributes to the political coverage seen in the New York Daily News – one of New York’s oldest and most popular daily newspapers. Here he joins a panel of political experts assessing the 2012 presidential debates.

Here’s what the Daily News Panel of Experts Said about the 2012 Presidential Debate:

Will A New Supreme Court Justice Be Appointed During Obamas Term, How To Create Your Own Happiness, Psychology Behind Presidential Election, Back To School Reading, Is There A Link Between Economic Growth And Terrorism, Zero Tolerance Immigration Policy, The Impeachment Discussion, Colt Suspends Production Of Ar, College Entry Scandal