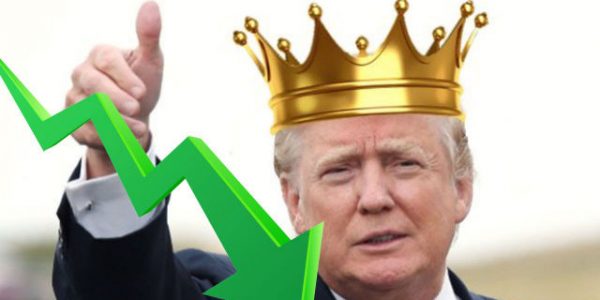 So far Donald Trump has beaten everyone. But where is Donald Trump, and Trumpism all going at this juncture? The opinion here is dire. It will not be much of a surprise perhaps for me to highlight that it is my view Trump is an extreme narcissistic personality on the world stage. But it is also apparent to me that Trump has another issue that is most problematic: A Thought Disorder. He truly believes that “whatever” he says should be believed by everyone as Reality, the Truth, even if it is a complete fabrication on his part. This is due to bring on monumental problems!

My opinion is, of course, in the context of political psychology and what has been publicly observable behavior, and not based on personal contact. But what is clear is that he exhibits traits and characteristics of a bizarre narcissistic disorder. He regularly lashes out and blames others for anything that comes to his mind, even when it is not necessary to strike against anyone. He does this because it makes him feel more important and potent. In addition, he has lately been engaging in another action consistent with an extreme narcissistic—-grooming behavior. He in recent days has been using a “phony” GOP memo to demean the FBI and essentially tell his base the Mueller Investigation will be “fake news.” Grooming behavior to the extreme!

The overwhelming interest in himself and his pronounced Thought Disorder brings on other major problems only now causing great concern. It is my view that if the Mueller investigation exposes Trump as a liar with regard to Russian money to his businesses, personal interests, and campaign, it will box Trump into a corner. Mueller knows he must present irrefutable documentation. Trump’s own statements, tax returns, bank documents, and witnesses who have “flipped” will make a case difficult to penetrate. Trump will be in a situation he has not seen before and will strike out recklessly as a narcissist will do under crushing pressure.

As Trump is being pushed to the extreme he will act in ANY extreme manner to help himself. Getting rid of Rosenstein and firing Mueller is certainly now on the table. Causing as much turmoil as possible will be his strategy going forward. He may not be able to resist a Nuclear Strike which would make him the most consequential person in History and in his mind perhaps preserve his presidency. As Trump moves to the extreme look for him to be fully exposed as a fraud. In the end he will actually look like a narcissistic personality with a pronounced Thought Disorder. The pressure on Trump will be enormous. Look for total chaos, a constitutional crisis, and a real disregard for the truth.

And finally a total Trump Collapse!