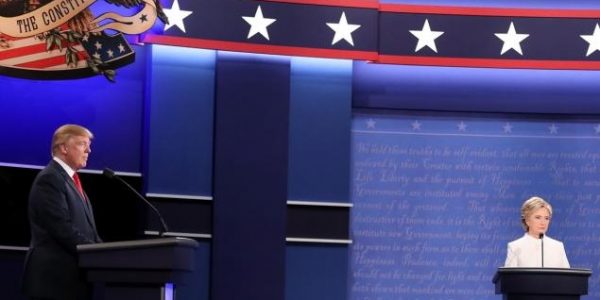 Donald Trump continues negative behavior in the 3rd and final presidential debate. Did that make Hillary Clinton look good? Dr. Bart Rossi, Ph.D., a political psychologist provides his insights in an article for the Daily News.

He notes that squinting eyes, his continued whizzing, and run-on sentences didn’t help him in this last debate before the general election.

“Some of his facial expressions appeared ominous and angry” Dr. Rossi noted.

From Russia to other topics he seemed agitated. And with his onslaught of attacks on Hillary, including staging the allegations of sexual assault, as well as violence at his rallies, he actions seem to be in line with narcissistic behavior.