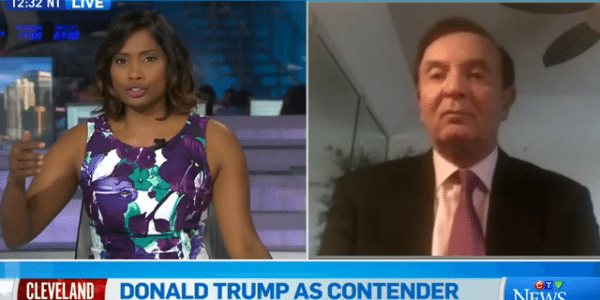 Dr Bart with Canadian TV on Trump Personality in a discussion about his stability, what encourages his followers and more.

Psychologists have done studies on authoritative personalities, Rossi says, and the guy that says I’m in charge, the guy unafraid to smack down anyone who disagrees.

This appeals to people that feel disenfranchised, people who are angry at politicians. Will that carry him to the White House? Trum thinks so, but what about Dr. Rossi?

Trump’s tability is a topic of conversation, as is the author of Art Of The Deal coming out saying Donald Trump should not be president.

View the episode to find out the thoughts.