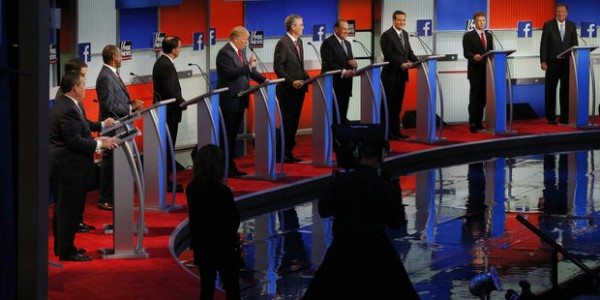 Dr. Bart Rossi compares Kasich vs. Walker in the GOP debate for the Daily News. He evaluated their showings by comparing personalities, likability, consistency and presidential tenor. 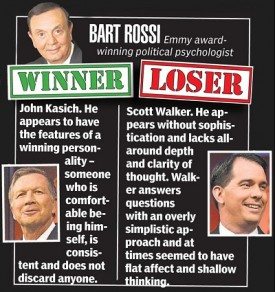 Dr. Rossi, (a PhD in clinical psychology and EMMY award-winning political psychologist) joined Fred Siegel (senior fellow of the Manhattan Institute and former advisory to Rudy Giuliani), and Meenekshi Bose (Director of Hofstra University’s Peter S. Kalikow Center for the Study of the American Presidency) as they each analyzed the substance, personalities and performances of the candidates, comparing them in head-to-head evaluations.

The article also evaluated the overall debate, as the article authors Cameron Joseph and Celeste Katz also weighted in with quotes from candidates and others to present a full picture of the night’s debate.

If Jeb Bush can win his party nomination, how will he compare to Hillary Clinton in a showdown.  Read Dr.Rossi’s thoughts here.

The election debates are just getting started, so stay tuned by following Dr. Bart (see top of site) on Facebook, Twitter, LinkedIn or Google Plus for all the forthcoming action and analysis.