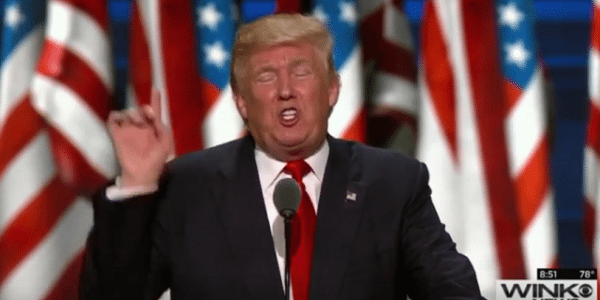 Dr. Bart Rossi PhD Elaborates on the Trump speech that he delivered at the Republican Convention. Trump vows to be the voice for those that are frustrated with the government and the elites that run it. Moreover, there is a lot wrong with the world and he alone is the guy to fix it. Did he do well? Political psychologist Dr. Bart Rossi, PhD. provides his thoughts.

According to Dr. Rossi Trump remains the guy we’ve seen since the primaries: fiery, unapologetic, aggressive, and authoritative.

The WINK News team suggests that the speech had a dark overtone.  Dr. Rossi agrees, but notes that he was playing to his base, and did so well.

On the flip side Dr. Rossi again notes that Trump continues to avoid telling us “What he would do, specifically. He hasn’t suggesting anything more than building a wall at the Mexican border, and repealing obamacare. He didn’t mention climate change, woman, hispanics, or much of any other topics. Only that he is the guy to solve all the woes of the world.

Was the convention the disaster many claim?