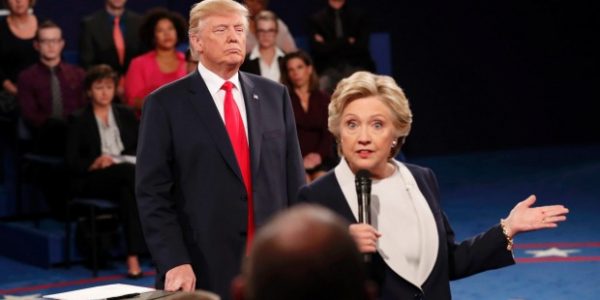 Dr. Rossi Analyzes the Second Presidential Debate . The political contributor talks about his whizzing, his sniffling. Did anything they did move the polling numbers?

Who moved the needle of undecided voters? Certainly the lewd remarks caught on air by Trump has alienated people. His pitch that it was ‘locker room’ talk, and then attacking Bill Clinton, and subsequently Hillary Clinton, will play to his base, but not the mass electorate. H really needs a lesson of psychology 101.

Clinton was more clear on the issues. Trump says he is the law and order candidate, but beyond citing ‘search and frisk’ didn’t really say how he intended to deal with crime in America. On most other issues, including Isis, he makes claims that he will defeat them, yet no plan — othr than he is smart and generals support him.

While he attacked Clinton for voicing her plans to confront Isis as ill- conceived — by telling the enemy what she plans to do –, she was Secretary of State when the government covertly sought out, found and eliminated Osama bin Laden.

So again while he plays to his base, undecided voters are suspect of his claims.

In the on-air discussion Dr. Rossi notes that Trump did better than expected, But also noted several things that Clinton did well as well.

Walking around the stage behind her, walking off stage while she spoke, just didn’t come across as presidential.