admin 2 years ago No Comments 369 Views

First Amendment Perversion refers to its meaning being used for things it was never meant to be used for. Freedom is not Free!

It seems that many conservative Americans want to cite the first amendment of the constitution to push their own agendas. Clearly, the first was never intended to be used to promote selfish or independent behaviors ‘that impact other citizens negatively.’ As used as an example many times, one can not holler “Fire” in a movie theatre and claim “free speech.”

But in today’s society, the First Amendment is being corrupted with the intent to use it as a shield.

A free society, however, requires that people recognize the founding fathers’ intent and adhere to their call for responsible and ‘responsible citizenship’.

Certainly, there may be diverse thinking and political considerations on the issue of freedom in general, and the First Amendment in particular. However, pointing to the First Amendment while you chant “freedom” as you act contrary to it, is an affront to the core beliefs that the country was founded on.

Denying your responsibilities toward others by claiming ‘the privilege of freedom’, is to miss the entire point of what a free society is.

Suspicion and overly hypervigilant thinking never made anyone especially bright. But today a significant portion of society pushes their own “beliefs” as though they were experts on the topic. If you oppose their view, well, then — according to them — you’re stupid, ignorant, or uninformed. You must be because they “know they’re correct!”

In a recent discussion with someone close to me, I was told “I know what I  know and I don’t want to hear additional facts or your opinion, it’s all propaganda, anyway. Attempts to “discuss” topics she disagreed with, pushed her into a frenzy. Psychologically, being this guarded is not healthy. It generates high anxiety. It would seem, to me, that it is much easier and less stressful to have opinions on topics, but that they always are subject to change if new facts and/or information comes to light.

Yet, people seem to cling to their ‘beliefs’ in spite of scientific evidence and common sense.  This is especially true regarding COVID19 and climate change, both of which many believe, along with the news, is fake. Any attempted discussions result in them assuring you that it is just the liberal ‘radicals’ pushing an agenda. Not conservative radicals pushing a ‘belief’ devoid of scientific support.

Today we seem to live in a society where ‘beliefs’ are considered facts in search of a question, and the only information considered is that which supports the ‘belief,’ even if the information has to be contorted to make it fit. I can’t count how many times I was told the New York Times, Bloomberg, the Washington Post, CNN, and MSNBC are all fake. Yet, the minute an article supports a position of theirs, they’ll use it to prove their point.

Conservatism used to be an ideology of smaller government, state rights, fiscal responsibility, personal responsibility, and liberty. But that no longer seems to be the case. For example, Tucker Carlson suggested to his millions of viewers that if they see a child on the playground wearing a mask, “Call the police or child services, immediately, and wait for them to arrive.” He went on to equate that a child wearing a mask is akin to a parent beating them.

Wait a minute. Isn’t it the conservatives that are always advocating for “personal responsibility” and a “free country, not a police state”? But, suddenly, when it fits his narrative, now the state can intervene if a parent decides to have their kids wear a mask? Really, parents are no longer allowed to decide what is in the best interests of their own children? Hmm, journalists — though I use the term loosely for them — are protected too by the First Amendment, but of late, they too seem to be engaged in First Amendment Perversion.

Conservatives in the past few years have also set their aims on big tech, constantly complaining that their freedom of speech is being silenced. Former President Trump echoed this repeatedly. We know they believe his because they tell us so — ON BIG TECH PLATFORMS.  It is almost as comical as  Josh Hawley releasing a book entitled “The Tyranny of Big Tech, and then announcing on Twitter that it was available on Amazon, and can be downloaded to an Apple iPhone. Do you see the irony here?

Other conservatives cry victim relentlessly, whether because they lost followers after the January 6th insurrection, or been banned for violating a platform’s rules. As was pointed out in this article “Facebook Vs. the 1st Amendment”, Facebook is a private corporation, and last I checked, conservatives were all about keeping government regulators out of the free markets. Hmm. This isn’t First Amendment perversion, it’s just lunacy. 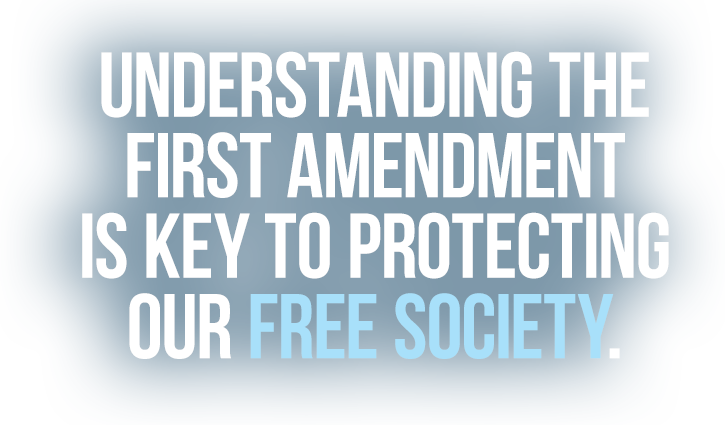 White supremacists [too] love citing the first amendment. It gives them the “room” and “freedom” to be openly racist and proud. Such associations in the context of the first amendment are incredibly thought-provoking.  Generally speaking, conservatives feel that wearing a mask, the 2020 stay-at-home orders, and venue restrictions all infringed on their freedom. Yet the word freedom and personal liberty seem reserved for them only — it doesn’t apply to blacks, Hispanics, gays, transgender, or basically anyone they see as different than themselves.  And apparently, according to them, the constitution and the first amendment support this view. Or at least they claim it does.

Conspiracy theories and bizarre thinking have been around for centuries. But in this new hyper-digital age, the echo chambers have been amplified exponentially. Conspiracy theorists were not too long ago a fringe element of the Republican Party, now they are members of Congress. And conservative media — such as Foxx, AON, NewsMax, Epoch Times, At Times, and others — have embraced it all. The more sensational, the better.

America is moving towards a crossroads. Will science and the truth be highlighted or are we to be consumed by conspiracies, falsehoods, The Q movement, MAGA, and organizations that are extreme to limits we have never seen before?

The fabric of American Democracy is now being tested. Can we as a society have a good-faith debate on topics if we can’t agree on the base facts?  Imagine if post the Civil War the Congress engaged in a debate on the moral and fiscal impact of slavery. Could such a debate even be had if a member of Congress stood up and claimed, “we never engaged in slavery, that is fake news!”

The first amendment highlights “freedom” but the term and thinking appear distorted and perverted in recent years. If we want to remain a democratic republic, it will only occur if we can come together and collectively agree on the foundations of truth, fact, and the First Amendment.