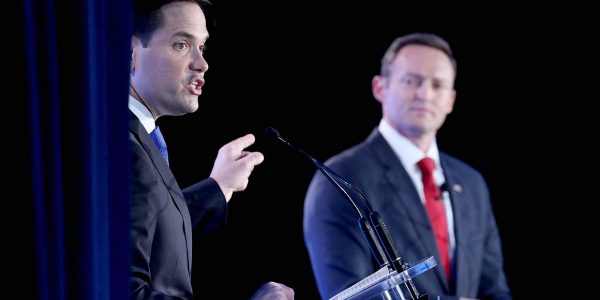 Florida Senate Elections on NBC 6, and More About Trump

Florida Senate Elections on NBC 6, and more about Trump, analyzed. Congressman Patrick Murphy says Marco Rubio forgot where he came from, and at 13:40 Dr. Bart Rossi PhD appears to offer his insight to the debate.

Did Marco Rubio for get where he is from, as Congressman Murphy suggests; did he abandon his family values by doubling down in support of Trump?

Dr. Rossi gave Rubio an A- and Murphy a B+. Who will attract undecided? What do they need to do going forward?

Revisiting the Clinton Trump 3rd debate. Does Trump has the focused winning personality?

Check out the segment to find out.