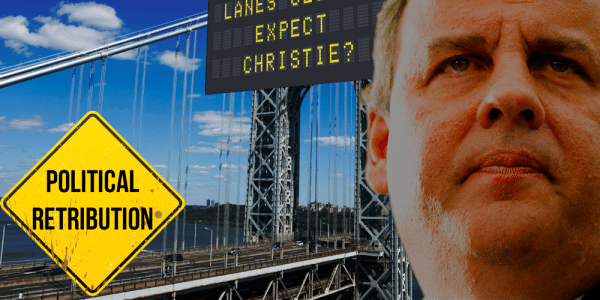 The Future of Governor Chris Christie

For the past month, ‘bridgegate’ has been all over the news: and the Governor of New Jersey is in hot water. As you probably already know, Governor Chris Christie’s administration closed two access lanes on the New Jersey side of the George Washington Bridge last September. This caused a huge traffic backup in Fort Lee, New Jersey (the town at the end of the bridge). The New Jersey government administration insisted that this closure was necessary in order to conduct a traffic study.

Fast forward a few weeks and evidence began to surface suggesting that Christie’s administration had purposely closed the bridge lanes as payback for Fort Lee’s Mayor Mark Sokolich, who had endorsed Christie’s opponent in the gubernatorial election of 2013. Christie, and most of his administration, still deny any involvement in the closures.

As Christie sinks deeper and deeper into this controversy, I predict that he will eventually resign as governor of New Jersey. Christie will most likely continue his bully-like behavior and that will only compound the seriousness of the situation. But, I foresee Christie’s close aides will be taking their own turns at being confrontational. It will be a showdown between the aides that have been not so delicately thrown under the bus and Christie’s abrasive personality. I predict that the anger and evidence presented by the aides will win out.

Christie fired one close aide in particular, former Deputy Chief of Staff Bridget Kelly, on January 9. Eventually, Kelly will testify against Christie and let loose with all of the damaging information she knows. Christie also removed his former campaign manager Bill Stepien from all of his positions in the Republican Party—adding him to the list of angry former aides that are likely to testify against Christie. David Wildstein is another name. He was the Port Authority official who closed the lanes and he’s already reignited the controversy by placing blame squarely on Governor Christie.

To add to the bridge scandal, the mayor of Hoboken, Dawn Zimmer, has brought up additional evidence of corruption in Christie’s administration. She claims that Christie deliberately withheld relief funds after Superstorm Sandy until she approved of a Christie-sponsored redevelopment plan. This investigation is still playing out, but I strongly suspect that it will put even more pressure on Christie to resign.

How will Christie escape this scandal? There’s only one way—resignation. With so many former aides and government officials willing to testify against him, there is no way he can keep his position as governor and even less of a chance that he can preserve any hopes of running for President in 2016.