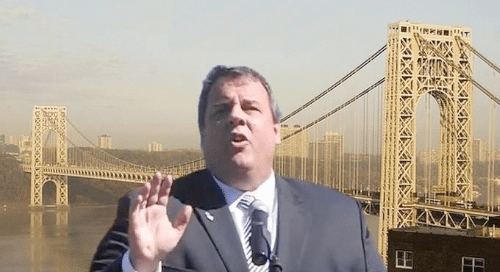 Gov. Chris Christie’s “Bridge-Gate” and “The Conservative Conflict” is what the media has labeled it, it’s media hype, and the Governor’s state of the state address, regarding the rise in unemployment, has given NJ residents (and the country) something to talk about.

Where Christie shines is public speaking. Christie engages the public genuinely and with confidence. However, I have a hard time excepting that he had nothing to do with the bridge scandal. Psychologists study Group Think, which I think plays an important role in what’s currently happening within his circle.

“A pattern of thought characterized by self-deception, forced manufacture of consent, and conformity to group values and ethics”

The emails leaked from Christie’s inner circle showed a distinct shared attitude and thinking-Christie’s enemies will be punished.

This way of thinking within Christie’s inner circle makes it difficult to believe it isn’t coming from the top down. At the very least it seems unlikely he wasn’t informed.

Also something to note is the state of the state address recently given by the NJ Governor announcing unemployment rates falling to 7.8. It isn’t the fall in numbers that spikes my interest as much as the failure of the strategy. Christie’s strategy of months of job growth and less government jobs mirrors that of Obama’s. As Obama picks up conservative criticism for the same failing strategy, how do they simultaneously support Christie (whose numbers are worse than the president’s overall percentages)?