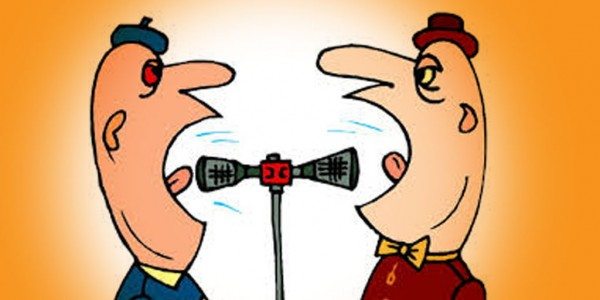 Is hate speech growing in America? According to a stat presented on The Fresh Outlook, it grew 14 since last year. Dr. Bart Rossi joins the panel to discuss these implications.

The Fresh Outlook host Frank Ciapolla noted that we see it on the campaign trail and more in our daily lives, that there is more division and less acceptance of those that are different. It has manifested itself in a rise of hate speech. he questions the panel on what has happened in America with the notion of respecting others?

Is the media feeding hate?

Political psychologist Dr. Rossi PhD says that an aging white groups — or others — who grew up thinking that they were — or should — be on top of the world. Now some of them feel they’ve been passed by, and losing “their” America to minorities. It makes them angry. And yes, politics is playing a big role, with the GOP fanning these flames of anger. Anger is the GOP pitch, and its working: Trump has made arrogant an art form.

The younger people, those under 40 don’t seem to have these anger issues on race.

Another panelist notes that when an election candidate comes out speaking hatefully, they feel they too can come out an express theirs.  major cities around the country are shifting demographically, and with that political dynamics in those cities are also shifting.

Dr. Rossi says he finally figured out when people say “we want our country back.” They want a white, Christian population, but that is not the way the demographics are going.

This according to the group is that this is a group that wants to hold on to their privileges as long as they can, and this is their last stand. According to Dr. Rossi the media pitches to this angry group. They pitch it out and they get viewers and online engagement.