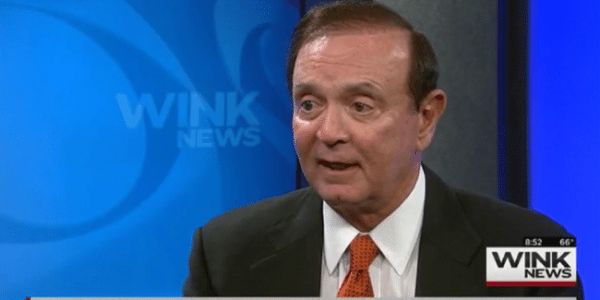 The Impact of Fake News

FORT MYERS, Fla. – Political psychologist, Dr. Bart Rossi, joined us in the studio to discuss the impact of fake news.

Fake news exploded during the 2016 election cycle, where false stories were being posted on the Internet, especially on social media sites such as Facebook.

What is Fake News? It’s a complete fabrication that is untrue, or in some cases a false story that has a shred of truth.

S o why does Fake news work with some readers? Dr. Rossi suggests that it relates to a person’s ‘belief system.’ So, if a person has a particular bias or prejudice or extreme thinking, Fake News is something they ‘want’ to believe.”

An example of such fake news was the post that Donald Trump in a Time Magazine interview years earlier stated if he ran for president he would do so as a republican because republicans are stupid. He never said that.

Another example is when Donald Trump’s team spread the story that someone tried to assassinate him during a rally speech. That never happened; there was merely a republican holding an anti-Trump sign. When someone yelled gun Mr. Trump was rushed off the stage.  But even after the truth was uncovered, he and his team continued to spread the story.

Fake stories about Hillary Clinton being involved in a child slave ring went viral. The story was fake, but ended with a man driving to the Pizza store — supposedly one of the locations where the children were being held –, and fired his gun before being arrested.

Check out questionable stories on your own.

The Impact of Fake News