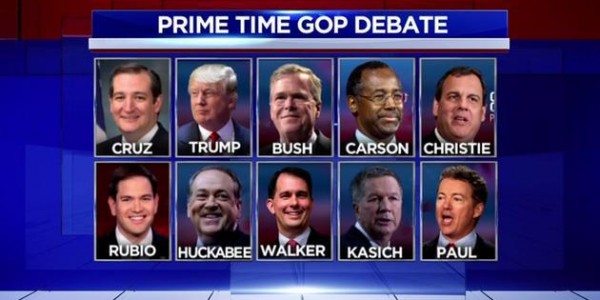 Insider Magazine sees millennials as disengaged from social media about politics. In a recent article Insider Mag highlights Dr. Bart Rossi’s  views of the GOP debate, noting that this political psychologist has never been shy about putting his opinions out in the open. Hear what he has to say about Trump and Carly Fiorina, Perry, Walker and more.

Political psychologist and expert, Emmy Award Winning Dr. Bart Rossi, is never shy when it comes to discussing his opinion on any given hot topic- whether political or not. Millennials look for his insight to help them breakdown and further understand the current political candidates from a psychological perspective. Millennials are socially driven. Since trending news tends to highlight only one side of the political realm, oftentimes millennials attempt to remove themselves from the conversation to avoid backlash regarding something they truly do not care to explore. To them it is easier to ignore politics rather than take a stance. However, millennials need to get involved now more than ever regarding their future. Social influence is of upmost concern to the mass population. It is important to dig deeper than what the media chooses to focus on.

The GOP Debate was no different. Obvious spun out sensation Trump, and future SNL satire candidate, headlined almost in real-time as news sources bombarded the internet with video clips and direct quotes. Humor has become the 2016 Election front-runner. However, according to Rossi, there were two clear winners in the GOP debates. “Carly Fiorina clearly stepped forward and impressed for a number of reasons. She seemed comfortable presenting herself (comfortable in her own skin), looked like she was consistent on the issues from her point of view, did not discard anyone (immigrants and any other class of people), and seemed to be the type of person who is a good listener and would consider what you might have to say. She was fluid, thoughtful, knowledgeable, and full of conservative ideas that resonate,” reviewed Dr. Rossi.

In the later debate, it is the view of Dr. Rossi that John Kasich was a clear winner for reasons that were seemingly surprising. “He came across like someone who could “unite” the GOP and he presented with amazing energy, as well as careful thoughtful responses. He was also comfortable being himself and had all of the above traits noted for Fiorina that represent a Winning Personality,” states Dr. Rossi.

Rossi also felt strongly about the pronounced “losers” appearing to be Perry and Walker. “Governor Perry presented as if he wanted to be authoritative, firm, and masculine, but in doing so he seemed to force his answers and was much less than what he wanted to project. At times he had trouble being comfortable stating his view and was not fluid and crisp is responding. Walker was even worse from the standpoint that his answers were “canned” and he did not know how to respond with an immediate thoughtful response. In short, his responses lacked depth and a true understanding of the questions and issues. Both had no positive impact,” concluded Rossi.

And Now The Breakout Star: The Trump Effect

Dr. Rossi examines, “Donald Trump was successful in presenting his own personality.  He is clever in knowing how to push a personality that is very different and extremely authoritarian.