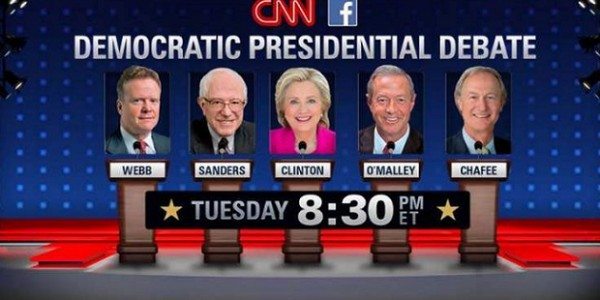 Insiders pick Democratic debate winners and losers was the title of the article in the Daily News. It assess who did well, who didn’t and why. The political experts recruited by the Daily News included Dr. Bart Rossi PhD, Ford O’Connell, and Paul Tencher, all of whom seemed unanimous in their assessment of the candidates performances.

Dr. Bart Rossi, PhD. is a political psychologist, often seen on he EMMY Winning Fresh Outlook, and other network television shows. Ford O’Connell in the managing director of Civic Forum Strategies and a former adviser to the 2008 McCain-Palin presidential campaign, and Paul Tencher is the National Director of Public Affairs for MWW PR and managed the winning campaigns of Sens. Joe Donnelly (IN) and Gary Peters (MI).

Dr. Rossi felt strongly that Hillary Clinton came across as very focused, spoke with conviction, and self at ease.  She gave thoughtful, intelligent and well thought out responses.

All three of the experts declared Mrs. Clinton as the big winner and the relatively unknown Lincoln Chafee as the big loser of the night.

View the full article here on the Daily News website.