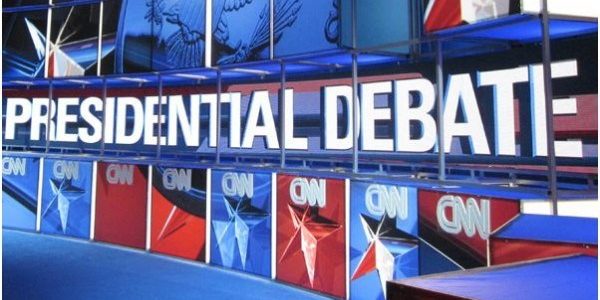 Insights into the upcoming first presidential debate 2016 is the topic on this episode of Campaign Central (WINK News, ABC Florida) with political psychologist Dr. Bart Rossi PhD. In this highly anticipated debate, what are the candidates strengths and weaknesses, and what should we expect?

Hillary Clinton and Donald Trump will finally meet face-to-face tonight, in the first of three presidential debates. Both campaigns are expecting a record-breaking audience despite — or perhaps because — both candidates are among the worst-rated candidates in the past 7 decades, according to a Gallup Poll (July 2016)having extremely high negative ratings by many Americans.

WINK News political expert, Dr. Bart Rossi, was in the Campaign Central studio discussing his thoughts on what the debates might hold for the electorates anxious viewers.

It is highly expected that Donald Trump will go after Hillary Clinton regarding her believably and trustworthiness, and Clinton will go after Trump on a wide range of issues.

Dr. Rossi says Trump should continue to be Trump the authoritarian, but he has to now do that while looking presidential and, not be low-handed and insulting against not only a woman, but the former Secretary of State.

Moreover, Mr. Trump has go from being the master deflector that he has been in the primaries and be able to speak on the issues. It’s not enough to simply say he’ll do away with Obamacare; he has to be able to explain how he will replace it.

The debate is a different stage than Donald Trump has taken thus far; the primaries provided lots of folks on stage with him to play off of; the campaign trail allowed him to rally crowds by saying anything he wanted — without being held accountable.

That won’t play out in this first debate: if he lies he is going to be called out on national television.

Hillary Clinton is certainly going to be asked about the emails — and she needs a clear and concise explanation for it. She may also see Trump’s questionable business dealings — Trump University, for example as a weakness of his. Also according to Dr. Rossi Trump seems to be sensitive about his many bankruptcies, and this could b an attack point that Clinton will try to exploit to get him off balance.  We may hear from her things like “bankrupt companies, bankrupt ideas“, for example.

“I think it will live up to the hype and, I expect it will get quite heated.”