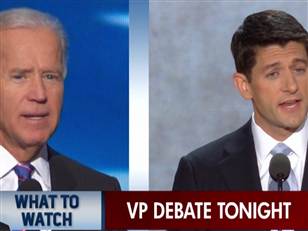 ‘Political psychologist’ Dr. Bart Rossi is interviewed by MSNBC host Chris Jansing on ‘Jansing and Co.’  Dr. Rossi discusses what to look for in the vice-presidential debate between congressman Paul Ryan and vice president Joe Biden.

On October 12th 2012 Dr. Rossi is questioned about what to look for in the upcoming vice president debate.

Visit NBCNews.com for breaking news, world news, and news about the economy