It is the presidential primaries season, and Iowa began with a bang. Not the good kind, more like the bang of a backfire. Political psychologist Dr. Bart Rossi, Ph.D. weighs in on how the primaries are run.

The Iowa state Democrat Party tripped and stumbled badly in the nations’ first primary for the 2020 presidential election. The New York Times referred to it as Iowa in disarray.

With the introduction of a new app (called Shadow) and a more complicated delegate vote, the results were terrible. In fact, there were no results, leaving news stations scrambling to fill the resultless void, and candidates and voters alike annoyed and frustrated.

Pete Buttigieg and Bernie Sanders finished in a virtual dead heat. Respectively, they had gotten 13 and 12% of delegates with 26.2 and 26.1% of the votes. Elizabeth Warren captured 8 delegates and 18%, with Joe Biden grabbing 6 delegates and 15.8%.

For a campaign that was virtually unheard of a year ago, the surge of Buttigieg in Iowa was certainly a big surprise to many. The candidates just completed another debate in New Hampshire, where the next state primary is approaching. And one theme seems to stand out in the minds of voters —  ‘electability.” The candidates all jockeyed during the debate to highlight why they were electable, and in some cases, why their opponents weren’t. i2020 is shaping up to be all about one objective — beat Donald Trump.

Behind the debate of who best to take on Trump in the 2020 presidential election, is a rising discussion about the 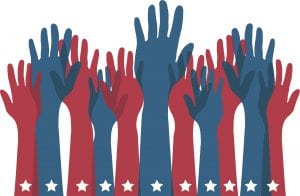 Dr. Bart Rossi discusses state by state caucuses and delegates vs, a Super Tuesday ‘approach’. What is most important in today’s primary voting structure? Voter turnout, a winning personality? And, the bigger question might be, are voters really being represented fairly?

In this segment, Dr. Rossi discusses the presidential primaries in general, and what is fair for voter fairness n particular.