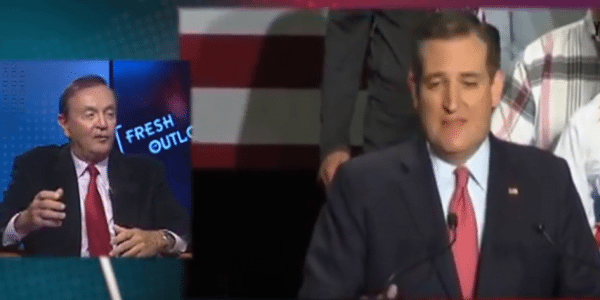 Presidential Race Recap 2016. The front-runners have been further clarified, so what happens now? Cruz in an unprecedented move chooses a Vice President running mate before winning the nomination; a nomination that is mathematically a long shot of winning at best.  The panel on the FRESH OUTLOOK reviews this, and other newsworthy issues.

“A hail Mary — or hail Carly — move for sure.” Good idea, bad idea? It all comes down to Indiana, where Cruz has been endorsed by its Governor. If he can win Indiana, he has an outside shot at stopping Trump.

Cruz is desperate and also shallow” according to political psychologist Dr. Bart Rossi, PhD. “He is done regardless of what happens in Indiana” he says. “He doesn’t look good, he is an extremest, and with all this back room dealing has given Trump a platform to speak about it.”

Trump will win, and the GOP will come around according to the panel.

In the ongoing rhetoric battle between Trump and Clinton, Trump says “the only thing Hillary has going for her is the woman’s card, and woman don’t like her!” Clinton in response says “If fighting for woman’s health, and family leave, and equal pay is playing the woman’s card, then deal me in!”

According to the panel Trump has to be careful. because at some point he is going to have to pivot his position, and what he says in the primaries is going to come back on him. Dr. Rossi says “Trump is an authoritative figure, and he is appealing to a “segment” of the Republicans out there, but it is not the majority of the American people. he is winning the primary season for sure, but also likely losing, or has already lost the general election.”

There is a position cited on the panel that Trump isn’t really a Republican candidate, he is a Trump candidate. he is not politically adept, and he is all over the place, sometimes going far left and othre times far right.

This is the year of the outsider, so Kasich as an insider is not happening this year But he feels he has a political future, perhaps as a vice president. Will there be a brokered convention? The panel says no, the GOP will wait till the next election to regroup.

In a very robust discussion, watch the segment