Rising fear as COVID19 spikes in the wake of many states seeing cases and death count continuing to climb. Dr. Bart Rossi, Ph.D. joins the Wink News team to discuss how to manage in this current pandemic-driven world. 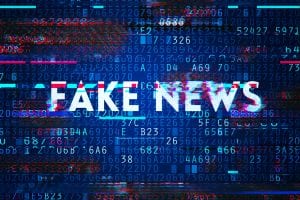 When the coronavirus first came to light in January 2020, it was something off in the distance; terrible, but not affecting America.

The president gave a press conference in which he noted that there were only 15 cases, and “they’re getting better, so it will soon be zero”. For a short time, his words seem to soothe some people’s worries.

He insisted the numbers were low because the administration was out in front of it, and ‘doing a great job.’ But a timeline shows his shifting narrative that has changed along with the coronavirus statistics. He also kept repeating that the Coronavirus was mere hype by the left. And there were many that adopted his rhetoric, especially media allies. They all painted the pandemic as hype orchestrated by Democrats (and echoed by mainstream media) to make President Trump look bad.

in February, Sean Hannity on his TV show brushed it off suggesting the mainstream media was misleading you on the Coronavirus severity. By early March Jenine Piero called it nothing more than the flu, while Rush Limbaugh called it the “common cold.” Lou Dobbs on March 9th discounted it as hype, followed by Tomi Lahren on the 10th who said “I’m more concerned about stepping on a heroine needle than I am of getting the coronavirus.”

So it’s not surprising that people are concerned about the pandemic as deaths have now surpassed 120,000 in the United States. There have also been mixed messages all along.

Health experts had warned — and continue to warn —  that the pandemic was going to get worse before it got better. President Trump and the White House, however, perpetually insisted it was all under control and the worst was behind us.  In April the president had said he wanted the country reopened by Easter.

So it is understandable that there is a rising fear as COVID19 spikes. 24 states are seeing rising numbers. Now in its phase II reopening plan,  Florida just reported 39 new deaths, 212 hospitalizations, and 9,000 new cases in a single day. Florida along with Texas just shut down bars because of the raging resurgence of the coronavirus in their states. And it worth noting that they, along with others now seeing rising numbers, were slow to adopt anti-pandemic measures early on.

Dr. Bart Rossi has spoken about managing stress during the pandemic. How to recognize when you or a loved one is suffering. How to prepare for back to school, and other topics.

In this episode Dr. Rossi discusses perceptions. How to read the coronavirus statistics, and which to look out for. And, how to adjust and move forward while the Coronavirus rages on and may remain for a while.