The sensitivity of law enforcement is often discussed, though perhaps poorly planned. The death of George Floyd in Minneapolis resulted from police mistreatment has set off civil unrest protests unlike anything since Rodney King. Dr. Bart Rossi, Ph.D. examines what sensitivity training is, or should be.

We’ve long had racial tensions in parts of the United States, and recently the death of George Floyd set off national protests and some rioting.

James Earl Ray, a fugitive from the Missouri State Penitentiary, was arrested on June 8, 1968, in London at Heathrow Airport, extradited to the United States, and charged with the crime. On March 10, 1969, he pleaded guilty and was sentenced to 99 years in the Tennessee State Penitentiary.[1] He later made many attempts to withdraw his guilty plea and be tried by a jury, but was unsuccessful; he died in prison in 1998. 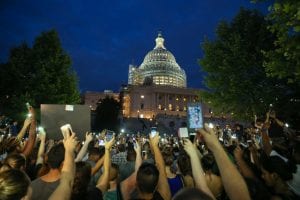 In 1967 Newark, NJ erupted into one of the hundreds of riots across the country, requiring national guard tanks to be deployed.  The next year,  Robert Kenndy, one of King’s advocates, was subsequently assassinated.

On June 5, 1968, presidential candidate Robert F. Kennedy was mortally wounded shortly after midnight at the Ambassador Hotel in Los Angeles. Earlier that evening, the 42-year-old junior senator from New York was declared the winner in the South Dakota and California presidential primaries in the 1968 election. He was pronounced dead at 1:44 a.m. PDT on June 6, about 26 hours after he had been shot.

The incident with Rodney King in 1991 ignited yet more riots and civil outrage when police were acquitted. And the reason I list them all is it seems that we haven’t come very far since.

There have been many efforts to deploy the sensitivity of law enforcement to no avail, thus far. Dr. Bart Rossi notes that they are asking the wrong questions, and pursuing the wrong agendas.

And at the core of many of the incidents is the ongoing discussion about police brutality and sensitivity training. The Atlantic Magazine ran an article in 2017 asking whether cops can unlearn their unconscious biases.

Dr. Bart Rossi ran one of the largest psychology practices in the country years ago, and they were often engaged with working with police departments. In this episode, he discusses what he learned from that experience, and gives his thoughts on how to move past the current atmosphere to a place where anti-police sentiment and police brutality can be eased. And what sensitivity training should look like in 2020.