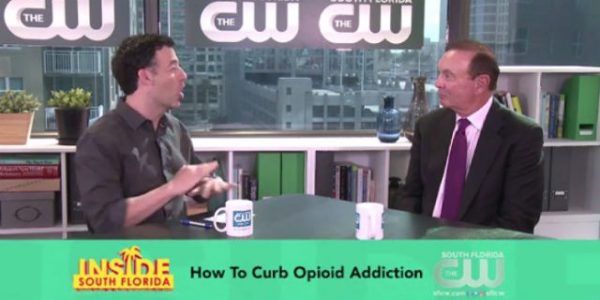 South Florida like many places in the country has seen Opioid become a major issue. Political psychologist Dr. Bart Rossi steps into the Inside South Florida studio to talk with Dave about the growing addiction and how it can be treated.

How big a crisis is opioids? Who does it affect? How deadly is it? These are some of the discussion points Dr. Rossi delves into. “Most of the opioid addicts are white and middle class”, he says.

Battling the addiction has been most effective using “evidence-based treatments,” where the patient is steered away from the cravings, and then begins cognitive behavior therapy.

“This is an approach that has been working, and throughout the country treatment centers are adopting this approach.”

Opioid addiction is through the roof, painkillers like Vicodin, Percocet, and OcyContin are examples what people are getting addicted to. According to an article in the New York Times, there is a tie to opioids, heroin and fentanyl, as opioids are derived from opium, as is heroin.

What has changed over the years is that in the 1980s there were misleading articles about the dangers of opioids in various medical journals. By the 1990s big pharma began pushing pain killers. Slowly the problem began under the radar until in the mid 2000s deaths began to rise at levels that could not be ignored.

Solving the opioid crisis is now much more difficult than starting it. In Akron, Ohio alone there were an estimated 59,000 deaths in 2016, and the number is estimated to have risen 18% over that in 2017.