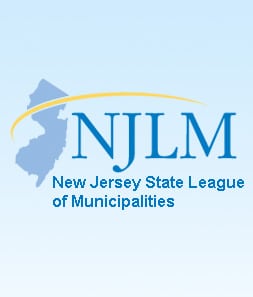 The Lost Art of Compromise

ARTICLE: All Americans know the word “compromise” very well. We need to compromise with our husband or wife, children, with work associates, and generally in every aspect of our lives. However, with regard to the United States Congress we seem to have a different situation in which members are now more interested in seemingly making political points rather than “compromise” for the best interests of the Country.

As the regular “political psychologist” for News 12 New Jersey’s Power and Politics, I have had the opportunity to discuss the personality traits and characteristics of many of the New Jersey and U.S. political figures. In the last few years it appears that more strident and extreme positions on issues are making headlines on both sides of the aisle. With a depressed economy and angry voters some of these positions appear to gain some traction with disenchanted voters in both parties. The days of President Ronald Reagan working closely with legendary Speaker of the House Tip O’Neill to hammer out agreements in the best interests of all Americans seems to be a very distant memory. Even the perceptions of President Reagan and Speaker O’Neill are now remarkably tilted. Many on the right make Reagan much more “conservative” than he actually was while in office, and those on the left believe O’Neill to be much more “liberal” than he was during his reign.

Consider some of the current issues like taxes, gay marriage, abortion, Medicare, and our war efforts and positions have emerged that are without any consideration to those on the other side. If “compromise” is something that takes place in all our lives on a daily basis how can extreme positions with absolutely no consideration of another American’s point of view be acceptable. Have we come to the point where we do not realize any longer that we have one major common denominator and that is that we are all Americans? With regard to taxes some truly believe that any tax unacceptable, and that jobs are always created with lower taxes. On the other side members of congress want to tax more but not move on changing entitlements. With gay marriage, abortion, and our war efforts if you are not on the same page with some members of congress you are somehow an enemy of the state. Clearly we have moved to this state of affairs because our system in Congress is not working. Polls show that the public is more disgusted than ever before.

At this point in time what suggestions and/or strategies can be implemented to address the obvious lost art of compromising. The following ideas seem to be most appropriate if we are ever going to see real change: 1. Take an entirely new approach, 2. Actually consider what is said by so-called “bipartisan commissions,” 3. Pay attention to international events and not make them into political events, 4. Consider that virtually all issues have more than one side.

1. Taking an entirely new approach may not be as difficult as some would believe. In particular this political psychologist feels that in the area of taxation everyone agrees that we need an new model. Rather than debate to a fruitless conclusion we should start a discussion about a completely revamped tax code. Members of both parties would have a lot to say about the many different possibilities. What about no federal taxation except for a tax on what his consumed, i.e., clothes, cars, furniture, etc? How about a “flat tax” or taxation that is fair to everyone and prevents “cash” business from avoiding any taxes? Or how about an approach that makes corporations pay a fair low tax rather than avoid taxes by moving headquarters to another country? Such discussions could lead to various confrontations, but perhaps much more results.

2. Actually considering what “bipartisan commissions” really say seems obvious but we still have a long way to go to meet the suggestions of the 911 Commission chaired by Tom Kean Sr., and we have not yet carefully considered President Obama’s Bowles/Simpson Fiscal Commission. Perhaps President Obama’s attempt to compromise with both parties instead of just moving forward with a detailed and dramatic commission report on what to do with our budget problems on a grand scale was not the correct approach. Why not reconsider the very hard work republicans and democrats completed on the Bowles/Simpson Fiscal Commission now that we have a stalemate.

3. Paying attention to international events seems to be something that our leaders often like to avoid. Some members of both parties do not want/demand that Iran develop an atomic weapon, but noone indicates how we prevent an independent sovereign nation from doing what they desire to do in this regard. Presidential candidate Rep. Ron Paul says we should learn to “mind our own business,” while others are not being specific about military options. With many countries around the world now possessing atomic weapons should we really threaten or be involved in the internal politics of other countries while we have are own problems? Making political issues out of something we can not prevent seems to be extremely questionable.

4. In seriously considering all sides of a particular issue and not just the “right” (or “left”) side we need to look for elected officials who are still willing to approach “compromise” and realize that we can throw in new ideas, new approaches, commissions, etc., but the bottom line is that we need actions that makes sense.

In the 1990s I had the opportunity to speak directly with a United States Senator who would shortly announce his candidacy for President. It was a very short primary season for him. This rather lengthy one on one interchange was especially shocking to me since he told me that mental health should never be a part of national health coverage or insurance coverage.

He said that he “believed” mental health was entirely a family matter and that his view of health insurance was the “bare-bones” approach. Although I was armed with many specifics in my response to counter his thinking he clearly was not interested in any facts or reasons to sway his own thought process.The Unites States needs better than we have seen lately and perhaps a combination of the above suggestions may lead us down a more successful path.