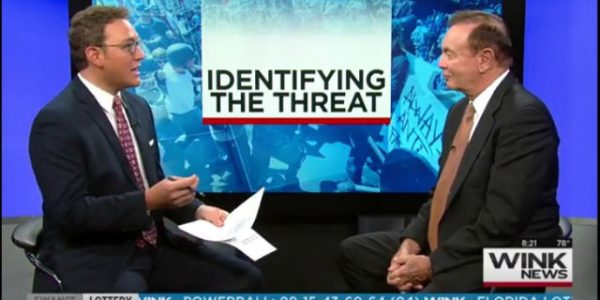 The Power of Social Media as Push-back to Charlottesville Rally

The visuals from the Charlottesville rally were vivid. Dozens of white nationalists marched together, chanting “blood and soil,” and “the Jews will not replace us.” They carried confederate and Nazi flags while protesters gathered in opposition. The result of the violent clash is haunting Americans. Does the power of social media as push-back have an impact?

WINK News Political Psychologist Dr. Bart Rossi was in the studio to talk about the issue. He provided psychological insight to a wide range of discussion.

People used social media to ‘call out’ those that participated. The right claims the violence came equally from ANTIFA and Black Lives Matter, but that the rally had a lawful permit to be there. The protesters didn’t. This has been a talking point all weekend into this week.

President Trump suggested that not all the people at the Charlottesville rally were, in fact, white supremacists, nationalists or Nazis. According to him,”some were very fine people.”

The condemnation of Trump’s were have been swift and fierce. CEO’s left his business council en mass, causing him to shut the council down.

Others argued that if you show up to rally and the guy next to you is carrying a Nazi or Confederate flag it should alert you. If  they’re shouting “blood and soil”, Jews will not replace us”, “faggot” and many other hateful things — and you continue to march with them — you’ve sort of left your morality at the door.

In this new digital world people are capturing the presence and actions of participants with photos and video, and posting online for the world to see.

Suddenly through the power of social media you can no longer hide among the masses. Dr. Rossi noted that hidden identity has played a psychological role in hate groups in the past. The KKK all wore hoods because “they wanted to belong to the group, but they didn’t want to be identified as a member.”

The Power of Social Media as Push-back to Charlottesville Rally

Today social media is making invisibility more difficult. People are fighting back. Photos of Charlottesville rally members with heading like “do you know this guy?” or “does your employer know you were here?”

“I like activists,” Dr. Rossi proclaimed, “even if I don’t agree with their message. “Activism is a part of America.

Watch what Dr. Rossi thinks about the issue, and where he believes this is headed.