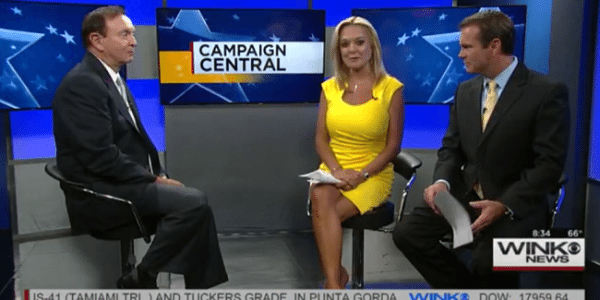 The Voter Psychology Up and Down the Ballot

FORT MYERS, Fla. – Democrats and Republicans are hoping to control Congress and are urging people to vote down ballot. But this year’s election is unlike any other in our history. WINK News political psychologist Dr. Bart Rossi stopped by the WINK News studio to explain.

This is going to be a very different year; the top of the ballot candidates are very unpopular, voters in both parties are unhappy. More people will likely split the ballot all the way down the line than ever before.

Dr. Rossi noted that the psychology plays a part, and that this may be the first election of a new direction. Before there was also things that were exaggerated. “But this year we see spin that is outright fabrications, on both sides.”

So is this the new normal?

And what about Comey? Dr. Rossi says he feels for him, that he was in a bad situation no matter what he did. Either way he was going to be criticized. His mistake, however, was going to Congress with have substantiated anything, not even knowing if there is anything in this new email batch.  And psychologically this is going to confuse voters.

The Voter Psychology Up and Down the Ballot