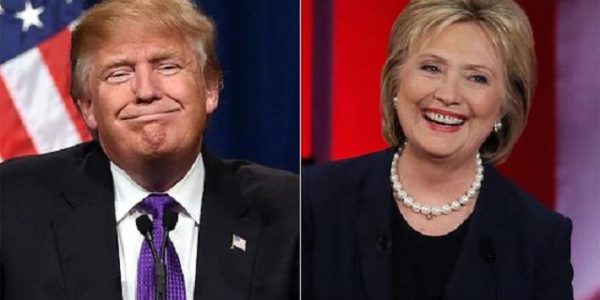 Trump and Clinton Both Making Headlines

Trump and Clinton both making headlines, but for different reasons. The Donald seems to be coming off the rails, while Hillary becomes the first woman to secure the Democratic Party presidential nomination. Political psychologist Dr. Rossi PhD appears on WINK News with his insights.

Hillary has become the first female presidential nominee of the Democratic party. And recently, according to Dr. Rossi, she gave her best speech — Even the Republicans agreed it was her best speech. It was the right tone, right time, and she said the right things, calmly and effectively.

But he went on to say that he feels that she needs to take responsibility for the email scandal. It is not enough to say that others before her did it. She has to acknowledge it and say it. She also needs to come up with a tax plan that makes sense; explain to the people what they’ll have to pay and why, and why the billionaires pay what they do.

When asked about the Trump train that last month he thought had so much momentum, today Dr. Rossi said it now looked like a train wreck. He continues to lash out at the justice Curiel, pushing some prominent Republican to condemn the remarks, while others try to walk a tight rope — spinning the situation to maintain unity, but distancing themselves from Trump statements as they are facing re-elections this season.

“He was very good as presenting himself previously as an authoritarian, the boss, and should continue to do that, only without the divisive hate speak and bigotry.

Trump and Clinton Both Making Headlines