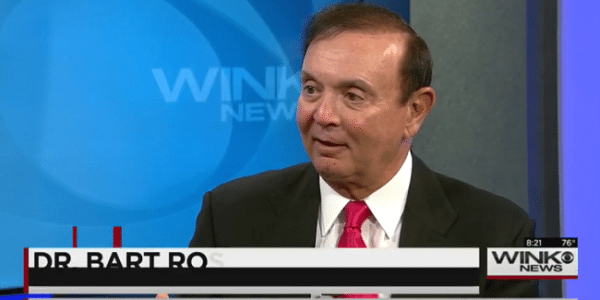 Trump Fabricates Then Lies About It

Trump fabricates then lies about fabricating the personas john Miller and John Baron. political psychologist Dr. Bart Rossi PhD. joins Rob Spiker on the WINK  News Campaign central to discuss this, and the final days of the democrat primaries.

Rib Spicker asked Dr. Rossi about his opinion of donald Trump with all the contradictions of late. “mental stability” he says.  He went on to say that “even those that are dismissing anything said about Donald, those who were planning to vote for him, may now be questioning him his mental stability because he is just going too far.  And he is flip-flopping. He claims  climate change is a a liberal hoax, yet for a gold course he is building in another country sites climate change as the reason the property needs a sea wall. So which is it, it’s a hoax or it’s real?”

On Bernie Sanders he noted that while he understood him wanting to finish the race. he really should start thinking about helping the party unify to take on Trump. Because if Trump goes on to win it would really diminish all that Mr. Sanders has achieved this election cycle.

Trump Fabricates Then Lies About It