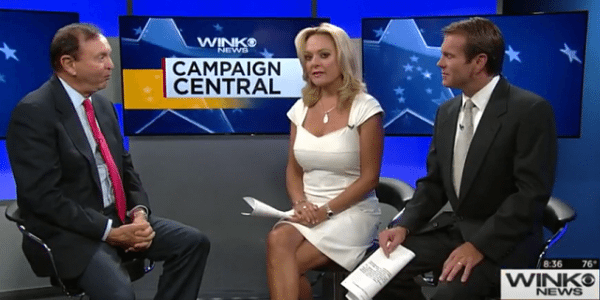 Trump vs. Kahn sounds like a title fight, and for Donald Trump it well may be. He has attacked the mother of fallen U.S.A. soldier without hesitation or apology. Hillary Clinton got a bounce in post-DNC, do the polls have any real meaning today?

Dr. Rossi noted that the polls don’t really matter yet; that a post convention bump was expected for Hillary Clinton just as it was for Donald Trump. But that the polls will start to carry more weight moving forward. Moreover, as Donald Trump refuses to let up or apologise for his insensitive remarks and attacks against Mrs. Kahn, the mother of a fallen U.S. soldier, the polls could tell whether this incident is having an effect on the campaign or not: “If in the coming weeks Trump is still within only 5 or so points, then he has mostly moved past this Kahn issue” Dr. Rossi said.

Discussing Trump’s response to the Kahn incident Dr. Rossi notes that it is Terrible. “As a psychologist I am left to wonder what is going on inside Trump’s mind. Now its too late to apologise.”