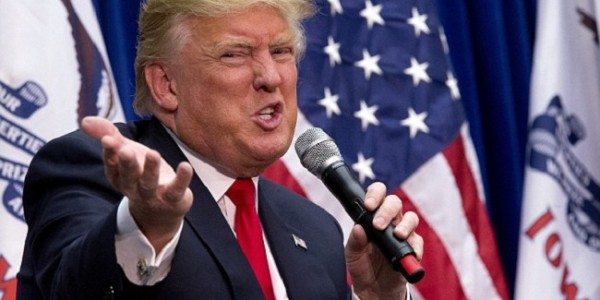 Trump’s grief losing Iowa did not include typical Trump lambasting on stage. For a campaign that is all about being a “winner,” his post loss generates a lot of speculation. Political psychologist Dr. Bart Rossi, PhD. appears on WHDT to provide his views.

His calm demeanor on stage however didn’t last long said Danielle Masterson. His tirade on Twitter is an example.

According to Dr. Rossi he is likely angry. After all he is an authoritarian figure that is all about winning and believes only what he says. An example is his denial of  climate change … and according to him, he didn’t lose, he won because Cruz stole it.”

When asked what Rossi thought about his mindset going into New Hampshire, was he in denial, is he angry? Rossi said that “being the authoritarian personality that he is, he isn’t considering losing; he will go into New Hampshire fully convinced that he is going to win. If he does he’ll up the rhetoric headed the South Carolina.”

So what would happen if the Donald loses in New Hampshire? Watch The stages of Donald Trumps grief on WHDT-TV