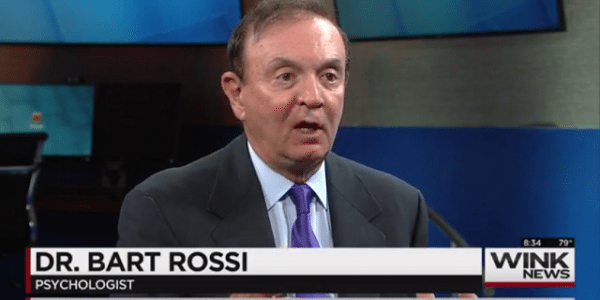 When you ask “what’s the psychologyneeded to fight ISIS’, Dr. Bart Rossi PhD, a clinical psychology has insights to the questions we should be asking. He stopped in the WINK News studio to explain.

Fears are rising in America. And it’s a game-changer because it targeted young people, children.

Dr. Rossi suggests that these terrorists are less about ISIS ideologs, but perverted people with retained anger that turns to rage. In mnay cases ISIS is simply giving them the vehicle.

“Even blowing themselves up gives them identity” Dr. Rossi says.

Politicians say bomb ISIS, wipe them out, but will that have the result we’re looking for?

Should we be fighting this war militarily, or fighting the yber recrutiers with cyber disruption?

These are some of the discussions on this segement.

The psychology behind fighting ISIS