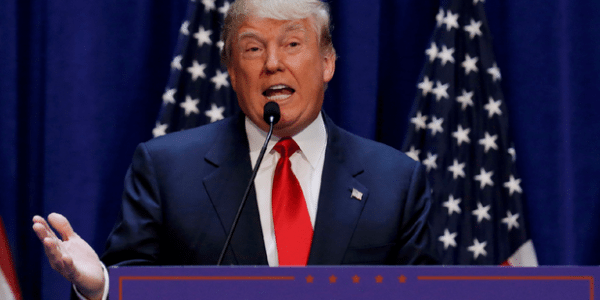 Who Are The Trump for President Followers?

Leading in the polls, the booming Donald Trump’s momentum continues. But where does this support come from, who are the Trump for President followers? And why do they follow him? Dr. Bart Rossi appears on The Hard Line with Ed Berliner to discuss it.He has insulted just about everyone without apology, says what he wants, when he want, how he wants, and where he wants and doesn’t care if you like it, or him.

Yet there is a large group of American’s that do like it.  According to Dr. Bart Rossi they like that Donald Trump speaks out candidly, and that he will “give it to the politicians.”

Dr. Rossi says that these are people that are “angry, have contempt for Government and politicians” and those  who feel like outsiders, “not feeling apart of America as they would like to be.”

The followers of Trump see him as an authoritative leading, unafraid to stand his ground. So they follow and support him despite his Narcissistic, egocentric personality.

Who Are The Trump for President Followers?

Watch the video below