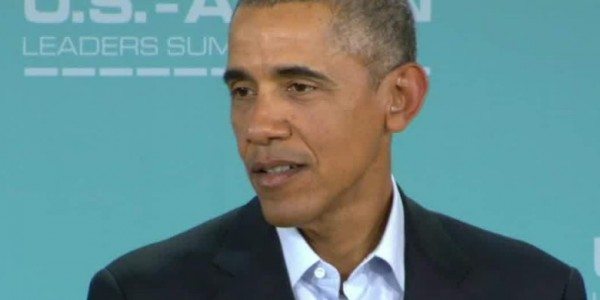 Will a New Supreme Court Justice be Appointed During Obama’s Term?

On this week’s The Fresh Outlook, Dr. Bart Rossi PhD appears on the panel to discuss this hot topic: Will a new Supreme Court justice be appointed during Obama’s term.

Host Frank Cipolla notes that with the passing of justice Antonin Scalia there is a gaping hole in the Supreme Court. He poses to the panel, “Should President Obama wait and let the next president make the nomination?”

The panel unanimously felt that President Obama should choose  nominee. And in fact believes that he will, very forcibly move forward to do so. The position by some in the political world that a last year president in an election year shouldn’t do so, that it is unprecedented in history, the panel disagrees with.

Dr. Bart Rossi noted that “it’s his job to choose a nominee, and the Senates job to vet the nominee.” He goes to say that he feels Mitch McConnell (the majority leader) made a huge error in his swift announcement that the GOP would block any nominee that was put forward. “I think it was a and move and plays into Obama’s favor: if they’re obstructionist he looks good, if he (Obama) wins the day he also looks good. The GOP is now in a lose-lose scenario.

That didn’t stop GOP candidates Ted Cruz, Marco Rubio, nor John Kasiche from saying that Obama should not put forth a nominee, and that if he does they won’t confirm that nominee. Donald Trump said that he is sure Obama will move forward and it up to Mitch McConnell to stop him.

Hillary Clinton and Bernie Sanders both took the position that it is the presidents’s duty to nominate a justice and the Senate’s duty to review it.

When asked how Obama has stayed calm these eight years having been knocked about the way he has with such an aggressive GOP, Dr. Rossi said that “he’s a thinker, he has a winning personality, and the constitution is on his side. he should choose a nominee — perhaps a moderate — that the GOP could possibly confirm. And they should, thereby taking the position that they are not obstructionists.”

The panel thought McConnell’s comments were too soon, unfortunate timing and was disrespectful to Scalia.

Will a New Supreme Court Justice be Appointed During Obama’s Term?

There are a hot button topics for which the appointee will have a major impact.  These include: