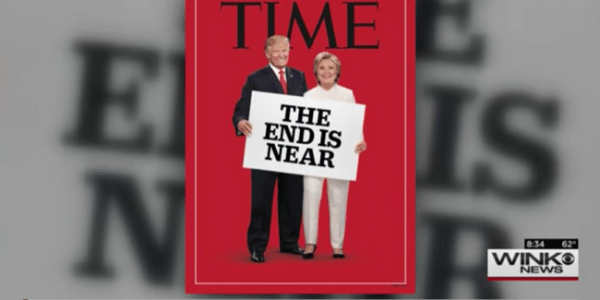 Election day 2016 and the countdown has begun; we’re just hours away from knowing who will be the next President of the United States of America. Political psychologist Dr. Bart Rossi PhD. stopped in to the the Campaign Central WINK News studio to provide his insights about the race for the White House.

Whoever wins it will be a moderate victory, he says, as no one is overly popular. But it will be psychologically interesting to see how the country reacts to whomever wins, since this election has been more than anything about ‘what you believe.’ It is why it has been so loud and combative between voters.

Dr. Rossi talks about that day after, and that people are going to be challenged and have to address a ‘change of expectation levels.’

“We’ve become a one-sided, divisive country. Referring to his article “The Art of Compromise,” he referenced how Reagan and Tip O’neil came together for the good of the country.  We have to get back to that, and whoever is president will have big challenges to achieve a new era of compromise.

According to Dr. Rossi both sides have some good policies, and the congress and senate needs to figure out how to compromise and get the best bills possible passed and into law.

To watch the full episode Countdown to Election 2016 click below: