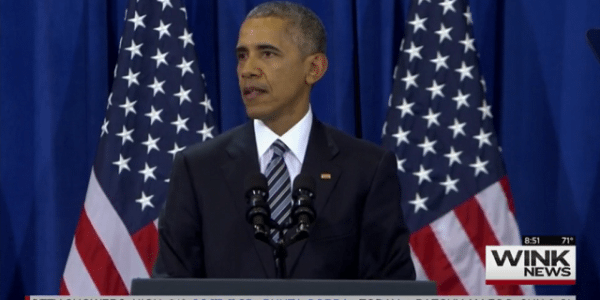 Is The U.S. Prepared for Cyber Warfare?

Times are changing, quickly. The hacks on the DNC, propagation of false news, and more. Is the U.S. prepared for cyber warfare?  Dr. Bart Rossi PhD. talks with CBS Florida, WINK News.

In a recent speech president Obama spoke of fighting terrorism with a long view in mind. He says we can’t win with just more bombs. Is he right?

Dr. Bart Rossi, PhD stopped by the studio to talk about these and other concerns regarding cyber warfare.  The political psychologist Dr. Rossi notes that during the campaign the candidates talked tough, and showed videos with bombs, troops and chaos. But the next battle for the country is more likely cyber. He says that cyber disruption of our systems, banking and other things would likely cause more anxiety with everyday Americans.

So are we prepared for cyber attacks? Donald Trump says he’ll go after ISIS, but what about other adversaries like Russia and others?

What can Trump Do? What should he disclose to the citizens — as the country’s leader — to inform us what the government is doing, and how we can help?

Can Silicon Valley help? Should Trump draft the best minds from Sun, Microsoft and Apple to help to help defend against the hacking of our commerce?

Political psychologist Dr. Bart Rossi, PhD. talks about these and other issues on this episode of NOW, This Morning on WINK News.

Is The U.S. Prepared for Cyber Warfare?

The Psychology of Cyber War