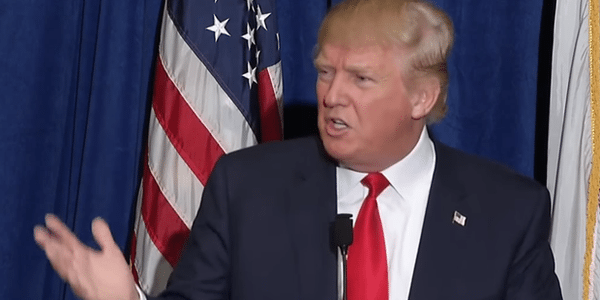 This is the discussion today on WHDT with it’s guest Dr. Bart Rossi, PhD, a political psychologist.  Does Trump incite violence, is a complicated question.

Trump is shown making statements, like “Knock the crap out of him … I will pay the legal fees” … and others that suggest that he in fact does support the violence taking place at his rallies. Trump defends himself by saying that there are some “bad dudes” that attend his rallies, and that it is the police not his security detail that are in control at his rallies.

Dr. Rossi on the other hand says Trump is — and continues — to play into the anger in America.

When Danielle asks Dr. Rossi “does Trump calling for people to get punched in the face actually translate in people getting punched in the face?” he says absolutely. He suggests that Trump plays into these disenfranchised people; that he somehow is in charge of and speaks for them.

During the last debate, when Trump was asked about this, audiences cheered as the moderator read off some of the quotes he has made.

Dr. Rossi notes that he implies many things, even without saying them directly. He is inciting anger towards minorities, and immigrants. “These people” Trump notes are so bad for our country you have no idea.” Trump suggests that only he is speaking on behalf of angry Americans. But this isn’t true; Bernie Sanders is also speaking to angry Americans — who don’t agree with the system, that don’t agree with the wealth inequity and many other things.

According to Dr. Rossi Trump has made arrogant an art form.

Talking about Carson’s recent endorsement of Trump, Dr. Rossi feels it is quite shallow of Carson, as he is just attaching himself with what he sees as the GOP winner, looking for perhaps an appointment down the road.