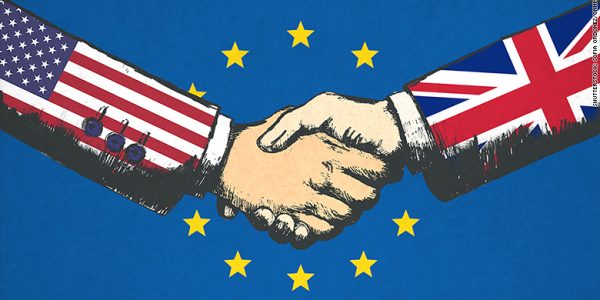 The Brexit Impact on America?

The Brexit impact on America is the topic on today’s WINK News NOW This Morning Show. Dr. Bart Rossi, PhD joins the show to discuss the psychological impact Brexit might have on the American presidential race as well a Wall Street.

Dr. Rossi notes that people make mistakes, then later come to their senses.  They — as a nation — may not have thought through the consequences. “Group think” is a psychology term that refers to individuals getting caught up in a movement. They were frustrated with immigration and the economy, and were being inundated with information of how it will be better if the country chooses independence from Brussels. Many made group think angry votes — never believing that the Leave movement would actually win.

The Brexit impact on America will also flow into the 2106 American presidential elections, as well as Wall Street as stocks saw huge shifts in the wake of the Brexit.

Dr. Rossi feels that Brexit will play on the minds of voters in America. Trump will play to his base telling them that Brexit was a good thing — they took their country back. Clinton pitch unity. This may impact the election more so in a few months; if Britain starts falling apart, it will be a boost for Hillary Clinton. If — after these early bad days for Britain — the pound rebounds and security gets better, then that could be good for Trump.

The Brexit impact on America